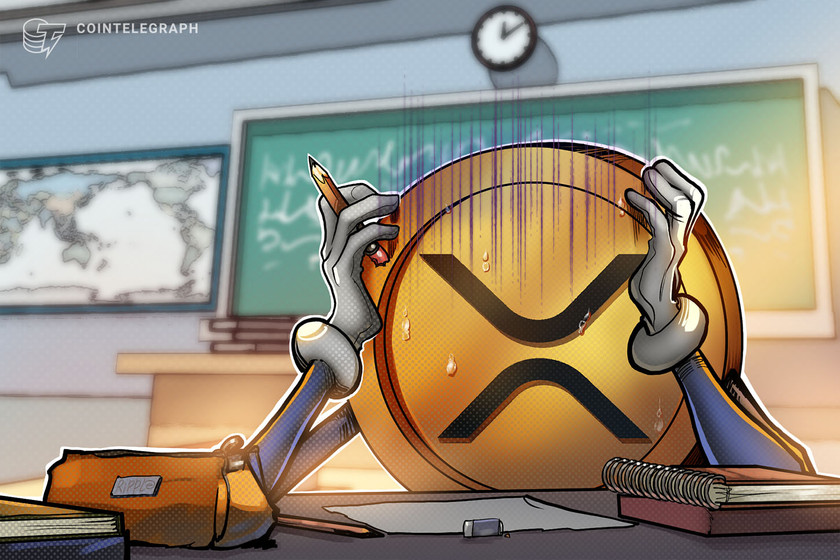 Most crypto enthusiasts are less than pleased with the United States Securities and Exchange Commission’s past approach to crypto. This is not because legitimate businesses oppose regulation but because of the breadth, complexity and uncertainty associated with the current regulatory regime. Even in the context of general discontent, few actions by the SEC have engendered as much widespread criticism as the Dec. 22, 2020 complaint that initiated a civil enforcement action against Ripple Labs and two of its executives.

Not everyone opposed the action. For example, Coin Center, a pro-crypto nonprofit advocacy and research group, declined to argue against the idea that XRP is a security. In my previous Expert Take, I suggested that the case was consistent with prior SEC enforcement initiatives and the Howey investment-contract test, simply known as the Howey test, which has long been used by the SEC to determine when crypto assets are securities.

On the other hand, there are plenty of voices condemning the SEC’s case. This includes complaints by former SEC official Marc Powers, current SEC Commissioner Hester Peirce, and a pending lawsuit arguing that Ripple’s XRP token is not a security, in which thousands of XRP holders have sought to participate. The Regulatory Transparency Project, a nonprofit, nonpartisan group associated with the Federalist Society, sponsored a teleforum on June 24 titled “SEC v. Ripple Labs: Cryptocurrency and ‘Regulation by Enforcement.’” With a preenrollment of more than 500 members of the public, the audience was overwhelmingly unhappy (and unimpressed) with the SEC’s action against Ripple and its XRP token.

This general dissatisfaction with the Ripple case, often denigrated as “regulation by enforcement,” has led some to call for the development of a “Ripple test” to more clearly articulate how securities laws should apply to crypto assets.

Who is calling for a Ripple test?

The label of a Ripple test might have first been used in a specious post from Dec. 22, 2020 falsely claiming that the SEC was abandoning the Howey test in favor of an approach that reportedly required “new companies to operate for eight years to find out if what they’re doing violates securities law.” However, more thoughtful commentators have joined the call for a Ripple test to prevent businesses from operating for years without knowing whether they might be called into court for having run afoul of U.S. securities laws.

On May 18, Roslyn Layton, a senior contributor and well-respected technology policy writer for Forbes, publicly called for a Ripple test to “stop the SEC’s overreach on cryptocurrency.” Part of the overreach she identified was the SEC’s claim that it could initiate an action reaching back to sales that started more than seven years ago, potentially leading to a fine of billions of dollars. Layton’s response was that “those seven years have a broad public record of refusal by the SEC to provide any clarity over XRP.” She noted, convincingly, that during those years, the SEC declined to announce how it intended to treat Ripple’s XRP token.

Since the original piece in Forbes, several other commentators have joined the call for a “Ripple test.” One published opinion, authored by George Nethercutt Jr. — a former member of Congress — noted:

“Recent calls to establish a more appropriate standard for technologically complex digital assets have turned into a firestorm since the Ripple case was filed. Some tech policy experts closely following the case have called for a ‘Ripple Test’ to replace Howey.”

Curt Levey, president of the Committee for Justice — an organization devoted to advancing constitutionally limited government and individual liberty — also raised the Ripple test during the Regulatory Transparency Project’s June teleforum, noting that the need for a Ripple test is continuously evolving regardless of the outcome of the SEC…

Read More: It is time for the US to create a ‘Ripple test’ for crypto

Visa officially announced Thursday that it signed a definitive agreement to acquire Currencycloud, a fintech platform supporting about 500...

DeFi can be halal but not DOGE? Decentralizing Islamic finance – Cointelegraph

While Islamic scholars have long wrestled with the question of whether cryptocurrency is halal, what if it’s really fiat...

San-Francisco-based fintech firm Ripple has notched up another small victory in its ongoing battle with the United States Securities...